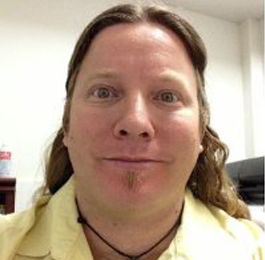 Mr. Kenny Lohr is a GIS professional currently employed by the City of Titusville, Florida. In Titusville, Kenny has served as the City's GIS Coordinator since January of 2008. In that capacity, he has implemented a ground-up GIS which services multiple departments througout the City.

In spare time, Kenny enjoys leisure activities where spatial expertise come in handy, such as backcountry trekking and hiking. He is also the owner of MoonStar Media, which provides audio, video, music and website construction services to small businesses.

Kenny also enjoys maintaining his own education of world cultures.